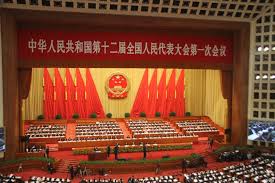 China business laws are getting more regular and the new draft changes to foreign investment laws means progress is still being made.

I recall when I first came to China in 1991 that China made an announcement that the government had approved its 1000 law. My memory may be a little fuzzy on that number. I was shocked as America has millions of laws on the books. China in history was strictly rule by man. When a ruler died, they let people out of prison.    In 1991, China was clearly still rule by man, but the continued march toward rule by law is very clear. China is still floating new rules for trade. This quote on the New Foreign Investment law shows more of this progress. See articles here and here.

China further constricting VIE’;s is another part of that.  They are not legal recognized entities in other geographies, so China is moving closer to the Western world we know.  The details could ultimately weaken this draft law, but it is true that gradually rule of law is improving in China all around.

Culturally, China is still a different place.  It will never be Kansas.

We have some caveats.

China is trying to do what few countries can do. They will try to escape the middle income trap. It will be difficult. The effort will enrich all companies coming to China as China gains the strength to buy even more than they now do.