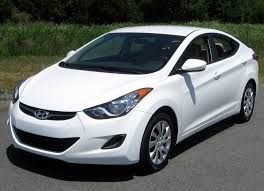 China Business Leadership can save you Millions of US$.  Let me tell you one story to illustrate.   Many facts have been changed to protect the identity of the factory, and this story did not happen in the past year.

I was called in on an emergency. I arrived in Wuhan two days after being called.

They then sent three German Engineers for long term work. One named Daniel was made project manager 6 months before I was called in. All failed to give even a sense of hope.

I was called down to be the project manager. However, when I arrived I was told I would co-manage along with the Operations Manager and would serve simply as a consultant to the business. I had never seen this technology before or anything like it.  Only raw leadership could save me as I now had no official authority. Daniel got fired.

The Western GM introduced me to his team and explained he spent little time in the factory due to his sales responsibilities. I asked him privately where the plan for the project implementation was. He shrugged his shoulders indicating they no longer used one actively. I told him I would begin there.  He then left on a trip.

I asked each manager to give me a list of the issues they knew of that kept the project from making that engine part. I showed them my concern for each of them, and they were glad to have an American who spoke Chinese to talk to.  Within two days each manager had given me some items. Only the Co-Manager who was the operations manager failed to give me information.

I will continue this story in the next post. Can anyone guess how this story will precede?