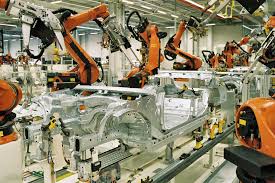 not their equipment, but the equipment investment was high and not ready for China raw materials

Part 1 is here if you have not seen it. I compiled the list and came up with 150 items between us and producing that engine part.

I allied with the MIS manager and got Microsoft Project installed on every managers’ machine. I found out the translator for the GM had spare time.  She inputted all the data in English and Chinese. She did not work for the operations manager, so had more freedom to openly assist.  I got each manager to make commitments on time for completing topics under their management. We linked all independent and dependent topics as needed in MS Project.

I showed that we could ship volume production to fill one container by early February.

In the early research I also saw that leadership issues accounted for 30 or more of the 150 issues. The operations manager was the top leader fore the project.  A home office German had been co-project manager before I arrived. I saw that shipping product to Germany was slow and expensive. I saw that the Home office did not trust the testing in China. We tested in China immediately.  We then sent to Germany immediately for a double blind test. The results showed that our China testing service could be trusted. The process could be moved up faster.

I saw that the Operations manager had poisoned workers attitudes toward the Germans. The Germans further had misunderstood the Chinese and were looking down on them. I educated to solve the gap all around the factory, and smiles started to show.  The two sides starting working together. Trust bloomed.  The schedule looked better and better.

Many people felt threatened by the change brought by the new technology. The operations manager was chief among them, and he faithfully spread fear all around this project. I moved to defuse by coaching and hearing concerns to unravel. Change management only succeeds where Desire is ignited.  We succeeded in bringing interest and hope for every player except the ops manager.

I reported to the GM that the operations manager was the key problem cog in the machine, and the GM forbid me to pursue this as he felt the operations was irreplaceable. Despite my clear explanations, the GM liked the ops manager and had himself hired him.

I saw that paralysis occurred via three related issues. German Equipment broke down when Chinese raw material went into the machine.   Workers that were trained in Germany quit when they saw little hope for the project to start.  The equipment could only be fixed by having German equipment managers come to China when they had time. Suppliers lost passion when things looked too slow or hopeless.  Machines needed to be used well to stay in shape.  We had to unravel them together.

I asked workers where the equipment maintenance manuals for the machines were as they were not on the line. Massive search uncovered a German manual for one type of machine. English manuals were discovered for a few others. Nothing was in Chinese for the line workers. No Chinese equipment manager was hired as the ops manager was in league with the German equipment manager.  I got all the manuals expertly translated and implemented use on the lines.  I convinced the GM to authorize a Chinese Equipment manager position and personally recruited the right guy.

I surprised everyone by emailing the MS Project file to the home office, the GM and everyone on the management team. Suddenly, oversight existed that had not existed before. No one wanted to see their piece in the red for not keeping up. Everyone felt some oversight from above, but they mostly felt unspoken pressure from their fellow managers. Walls that had not been beat down before started to fall. The project surged forward.

See the next part here