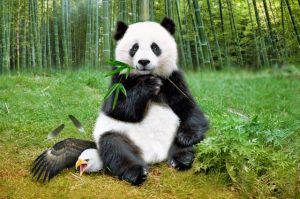 Companies are not thinking through China Executive Search in the right way. China’s economy is number 1 using purchasing power parity (PPP). So let’s get this right. Let me give an example to show what I mean.

Last year, we had a placement of ours fired by the GM just 6 months after placement. We were very surprised as knew this candidate very well. He was a talented and able leader who was young but had great ability.

The Western owner had hired us. The goal was for this person to take over for the GM after a year. Then this old GM would move on to start a new venture.

We had seen that things were a bit loose at the enterprise and felt this new leader would help them reach a new level. So we were shocked to hear he was fired.

We talked to the GM, and he said people kept coming to him. They did not go to the GM in training. He said he gave the new GM work, and he got little accomplished.

We sensed a problem and followed up with our candidate.  He indicated that he was given responsibility but no authority. Everyone kept reporting to the GM and never were made to work for the new GM in training. They always went around the new GM, and he effectively protected them.  The new GM had no authority, and the lazy staff liked working for the nice guy GM.

The old GM had no strength to make people work for the new GM and rather liked managing them like he always had.

A common weakness in leaders is wanting to be liked by their people too much. This nice guy fell in that trap and blamed the new GM.

The American owner could not recognize this gap as was too emotionally committed to his old GM to see any fault in him.

China Executive Search  is critical as they make or break everything happening under them. In this case, placing a great number 2 person could do little to overcome a weak leader who liked to be liked.

This plays itself out in lots of ways in China. The Chinese GM manipulates the Western owner 6000 miles away or in the office next door.  The GM’s leadership gaps make all other placement under him less effective. Sometimes it goes as far as what happened here. Recruitment is Hard – Especially in China.

China Executive Search excellence is all the more important to figure out as China is the number one economy as noted in the Vanity Fair Article which is where this picture came from.  Gut feeling hiring should be in the past at this point.