Good China Hiring is Hard to Make and Critical 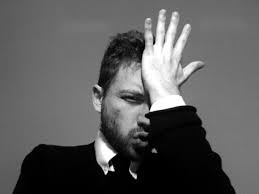 This does not have to be you in China

Good China hiring  is not like doing it in the West. It is more important here and harder as well.

China Law Blog has an excellent post up on 5 common mistakes in China. I list his point 4 as want to expand on that.

Do not underestimate the difficulty in finding quality personnel for your China operations.

The whole post is excellent and you can find it here.

Underestimating in China is so common and the results so tough on the bottom line.

This should never be forgotten in the people column. I had a customer who had a bad experience with recruiters in the US who had not shown any sense of ownership in assisting him.  He got along without recruiters in the US, so when he opened his China WOFE he found his own GM and when that did not work he asked his China friends for a recommendation.

The results were highly disappointing. Low quality, bad on time delivery and  poor cost control.  They were spending all their energy making excuses to customers as had no good production.

So they came to us. We put in 100’s of hours of work to identify people and found a passive candidate who could work for this small company for a reasonable price. Then we put in many more hours to check and ensure he was the right person in character and in talent.   Finally, we found how to bring him in and keep both parties satisfied with the arrangement short term and long term. See also Finding Hard to Find Candidates in China.

He turned around that factory in 3 months and solved their festering on time delivery problem while holding costs down.  He was the right person. He is worth far more than they paid us or even paid him.

Other companies have closed up and left China. All they needed was one or a few good placements to make the thing work, and they never put in the investment to get them there and ended up blaming China for being a bad place.

I beg to differ. China is a great place to sell, do R&D, and production of many kinds. We are glad to show that if the hard and insightful work is done, bad companies can gain a future, and the good ones can become great. China hiring is hard, but not beyond reach.