China Press Freedom – How Should We View It? 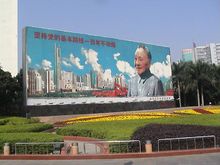 China Press Freedom is in the news, and I want to talk about it here. You can see what the White House recently said here.

China has poor press freedoms, but is it because they hate freedom? See this chart of the world showing Press Freedom.

China over the last 30 plus years has made greater strides in giving freedom to its people than anywhere except perhaps South Africa.  In the 20 plus years since I have been here the increase in freedom has been tremendous.  People can now freely get married, start their own businesses, take it to IPO, take work anywhere they want, raise pets., travel abroad readily and more.

However, China press freedom and overall political freedom is low for a reason.

The USSR followed Western advice and opened up political freedoms and then later opened up its economy. According to best economic thinkers, they then tried to reform the economy quickly and after political reform.  The result is Crony capitalism on a large scale. Eastern Europe has also suffered.

The Chinese leaders defied common wisdom and limited political freedom while ever so gradually opening and reforming the economy.  Thank you for not making China another Russia. In China the government knew what they were doing and have done very well.

When countries become middle income countries, they start facing pressure to democratize. China is in the puzzle. One could argue they are due.

However, the population still only has a small number of people who can be trusted to make good decisions for the country. Popular ballet here would not put qualified people in office and chaotic effects like we see in the Arab Spring countries which mostly went to Arab Winter now would be seen on a much larger scale.

So any political reform should wait till China emerges from the middle income trap or is at least firmly headed upward structurally. It is a painful transition to go from being a copy cat low quality country to an innovative high technology one.

If China changes governments, will that change the education system for example? Will it achieve a successful banking reform? Will the economy grow?  Not likely. The present government has tremendous experience and success in this reform.  Let them focus until reform is more complete. Let them manage and then find a careful way to further open up political freedom gradually later which is not easy at all. Please note the chaos in the vast majority of popular revolution news around the world. Real success is hard to find.

The pressure on China for political reform will continue to build at this level of development. They need to keep a lid on it as long as they can, so they can complete the reform.  They need to be brave and take it forward without political struggles hampering them.

Long term, China does have some desire to politically be Singapore. It did not work that way in Taiwan.  However, Taiwan had the huge pressure of China pushing them to grow and reform well. China itself has no such pressure to reform well and seems too large to follow Singapore.  China Press Freedom will continue to lag economic reform which hopefully will be back in high gear after the trade war ends.