China Success, China Failure: A Tale of Two US Companies in China 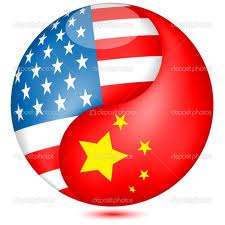 Your China success is from your employees. Your failure is about you. Good to Great found in research that great leaders look in the mirror when things go bad and look out the window to thank someone when things go well.

Such an important research discovery. When are you looking in the mirror, and when are we looking out the window?

China Success is Within Reach and Depends on You

I often write and tell you more or less to fire the untrustworthy manager. That is often true. However, there is one other ditch to watch out for.

Two customers of ours are in similar but non-competing industries.  They are physically near each other in China. Both are WOFE’s and both sell globally.

The two companies equally companies experienced horrible on time delivery problems. Both companies had cost control problems hurting their China success.  In likewise ffashion  these two  companies had deep quality issues in their China facility. Both needed a new GM and called us.

We recruited and background checked and ensured quality as always before placing Qualified GM’s into these troubled China investments.   All so similar and then the differences start to emerge.

Company Number 1 received the new GM a little nervously as they fired the old GM that day. The US owner treated the new GM who lived locally with deep respect and gave him broad outlines for critical improvement over the next year.

The GM responded with great effort using his experience and ability to start a good path. The GM was sensitive about how the owner saw him and would often hover over the owner during owner visits. The owner understood and supported him. He went out of his way to encourage him. Three months later they showed great improvement and had party hats ready at the 1 year point. China success had eluded them, and now they found it.

Company number 2 is directly managed by the owner since he fired the old GM last year.

Company number 2 received the new GM on his first day and made him wait at reception for a few hours before the owner met him. The owner demanded immediate specific actions NOW. The new GM knew he needed to first talk to people and get more data. The owner said he knew all problems already, and this GM should not be wasting time talking. He wanted action now.  By day 4 they parted in disgust.

Months later a new suitable candidate was placed and the factory was in more crisis by that time. We coached the owner that real change took months. The owner agreed.  The owner was even more anxious and was all over the new GM about his top five issues and wanted specific movement now. The GM gave some assignments to managers, and they received, but a day later had done nothing. He gave a written warning to the managers in question. He knew he needed months to dig deeper and talk to more people to find root cause of the lack of staff cooperation.  Day 3, the owner confronted him with a list of 10 important issues he had not solved yet.  The GM gave up in disgust.

The owner is still complaining about a lack of hands on work by the GM.  The company is still in a tail spin.  No one will smile eating moon cakes there this year. China success is still no way for them. Yes, the Problem is US – Denial Hurts.

Company number 2 can tell at least ten problems with each of those GM’s. When asked why these GM’s were successful at other factories and not at his, he changed the topic.

Company number 1 has wisely managed. They have also helped the GM think about his continuing gaps in quality and have done so clearly and respectfully. Things get better and better. Company number 2 keeps sinking and complaining about Chinese workers and those two bad GM’s.

These are true stories.  It seems surreal to us. We never imagined an owner so lost and unable to turn back.  Each of  our own cases might also need us to look in the mirror even if our issues are not so obvious.  We can all have more China success if we look in the mirror more often in times of trouble.