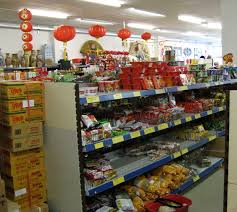 China Transition is on.  Present changes in China’s growth strategy and expectations are getting clearer.

China’s President Xi recently announced his thinking on how to handle the low growth path for this year. His comments show a complete path.

Here is a quote from AP found in Yahoo!.

“We must boost our confidence, adapt to the new normal condition based on the characteristics of China’s economic growth in the current phase and stay cool-minded,” Xi said, according to the official Xinhua News Agency.

The ruling Communist Party is trying to steer the economy to self-sustaining growth based on domestic consumption instead of trade and investment.

So President Xi is saying China must not turn to fear like the party has always done in downturn before. Now, the Party will not force banks to make lots of loans or otherwise force growth. They will be more hands off.

Slowdown means China will have 7% growth this year instead of 8%. If only the West could have slowdowns like this. Further, President Xi’s point is that 8% is not the future and those days are leaving us.

Chin a used to be able to have peasants leave low value added life in the countryside for high value factory and construction jobs, and the difference in the productivity could rise precipitously.

Trying to get today’s factory workers to be more productive factory workers is a much harder climb than just having them come to the city and start working instead of sunny themselves in the village.

Further, China’s investment in infrastructure is already world class and more investment will definitely have lower and lower returns just like happened in Japan

They must move toward consumption and investment in the culture as opposed to the subway system. They are late by several years and not moving with enough alacrity, but they are moving and President Xi’s resolve gives China hope to escape the middle income trap.  It definitely means now is the time to sell to Chinese consumers. It is their day, and it will get better.