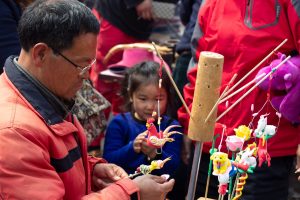 Chinese culture and relationship means we need to understand how relationship is different in China than in the West.  Much has been said of the ‘guanxi’ or relational focus of China business.  Some see its corrupt influence, but others like myself can see its positive aspects. I learned in China that I am too independent. In the words of Simon & Garfunkel, “I touch no one and no one touches me.”. Chinese on the other hand taught me real friendship.

I arrived in China in 1991. A year later I wrote my friends in the US and said,

Is it possible that we are all lonely in the US and do not even now it?

China is a very different place. We can talk about anything.  I had heard that China was a closed country, but it seemed more free in relationship than I knew in the US.    I saw that Chinese are much better to their friends then we Westerners are to ours. They are also worse to strangers than we are to strangers, so their emphasis is different. See also What I Love About China.

When I learned to really care, they chose to really care at a level that Americans can rarely reach. For example Chinese relationship has more traction.  I bought an unfinished house here in China. The bank would not loan us money to finish, so we asked our friends and borrowed U.S.$60,000 from our Chinese friends.  We borrowed from peasants and doctors and offered fair interest and did all in writing. We did not borrow a dime from our American friends. Why is that?

I had one American offer to give us money no strings attached. They did not want to get tangled. Chinese people get tangled and sometimes it is a mess, but in real relationships, life can be found. China is becoming more individualistic, but my hope is they do not become “the rock” or the “island” we Americans often are. You may also like Guanxi in Recruiting.

So  first, I urge you to not look down on Chinese culture, but rather find those aspects where we in the West may have lost something. Then, your leadership will be stronger here. When thinking of recruiting, consider that some kinds of guanxi in China are healthy and others are not. We recruit people who are trustworthy and not doing underhanded work, but who will make healthy connections with co-workers and you. We should keep in mind that China is 500o Years Different Than West.

Posted in: Being the Right Person, China, Chinese Culture