Chinese Morality – Something to Consider 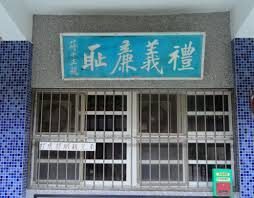 Chinese Morality is on the table today. China is growing and will keep growing because the government is smart and capable to find a good path to keep things going. However, I wanted to send you this quote from Sinica.

China’s lack of affordable housing, its food and air pollution, the country’s poor education system as well as its pervasive “moral scarcity” are going to affect global politics as well as China’s own modernization drive over the next twenty years.

This is succinct and so well said.  To this list I would always add a healthcare system in crisis and a fear based family culture.   China has done a lot well, but surely still has gaps.

Moral scarcity is quite a term.  I have said before that Chinese people are all trained politicians. Yes the Chinese morality gap is a big puzzle to face.

The good news is that some Chinese people in the workforce have learned how much the West has to offer and have not rejected their own country on the way. There are Chinese people who have learned to say Yes when they mean Yes and No when they mean No.  They will not flush pollution into the river just because that is the easy thing to do. The morally strong Chinese people will not take your IP and run because they have become better people.  They will not fire your good people to get rid of competition for themselves.

What is behind them is a more complex culture. In 1992, I told a Chinese teacher that Chinese families seem so happy when I visit them. He told me. “Jim, in China every man has a wife and someone else as their lover.”  Things have not gotten better on that front at all. Clearly things got worse.

I love China and have learned friendship at a deeper level here, but the moral scarcity will be hard to resolve. Chinese people know it is hard to find someone to trust among themselves. Also note Chinese and English Have a Different Moral Base.

So finding upright and trustworthy leadership that can make your organization great is a big challenge.  Lots of Chinese leaders just look down on their team. Many hire weak people to make themselves look good.  Others hoard information. Many of their ways are quite subtle as well.  The problems go on and on actually. We have problems in the West in business too, but the problem of Chinese morality is different and needs careful thought here. Note also how Chinese Nationalism is Changing.  They are often not working for you with their heart even though you pay them.  Those who do are gold and may their tribe increase.