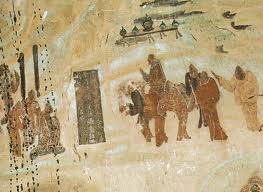 Chinese people problems are hard to avoid with a China culture gap as big as in this true story. China really developed very separate from the West.  As such one bad assumption in the example below led to years of frustration growing their China business. I have changed or blurred facts so as not to make this case or really any example I give anonymity. I also tell this story as it is repeated in countless variations all over China. Then, finally, the people unfairly blame China for not being a good place to do business.

Year is 2011. Family owned US company needs to be in China. A mid-manager sees a career opportunity in going to China and goes. His own family problem also encourages the decision.  The family owned company is just glad to have a person who would go live in China. No one ever considered that this guy was not known for his leadership ability at all. He was faithful and known and about to face an uncommon leadership challenge called China.  He thinks he is a good enough leader. The home office thinks so too.

He interviewed and hired initial staff based on his own experience in the US. Those Chinese people caused him some headaches, but he needed them.  So he invested in them, and they showed improvement.  He needed to trust them.  One of the Chinese hires happens to have a personality very similar with the American. The American implicitly trusts him, and the Chinese hire uses this. Other staff see this and fall in line with the Chinese emerging leader or quietly leave. People who try to oppose the manipulation of the American are let go by the American as he now trusts this Chinese emerging leader.

The American can no longer see clearly.  Performance lags as everyone is working harder on manipulating than producing profit. The American needs to spend a lot of time explaining to the home office that China is different. He also works harder as his staff work less actually. By 2013, large scale investment has produced some growth in China. Real return on investment is seen in the future still. The American is now the China guy for the Americans.  He is promoted. He needs to be back in the States for family reasons. The Chinese understand and get in line behind the emerging Chinese leader.  And the emerging China leader’s success is complete as they choose to indigenize with the American China guy overseeing from the States. The Chinese Leader has manipulated his way to the top.   Mediocre performance is sure to follow.

Posted in: Being the Right Person, China, China Recruitment - Getting Good People, Leadership