The Smart Way to Deal with Chinese Bureaucracy 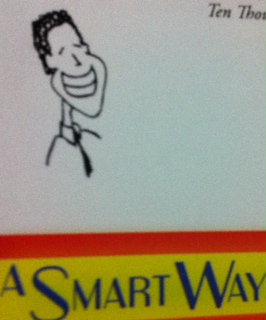 I received and recently read a great book useful for all of life and certainly for China.

The Book is called The Smart Way to Deal with Stupid People.  It is written by David Silvey.  You have to love the Title.

Before coming to China, I was in one of the biggest bureaucracies in the world. It is called the US Army.  The experience served me well when I came to China.

Naturally, living in China and owning a business here mean I have seen a lot of Chinese bureaucracy here as I did in the US Army.   My path with each has been the same.

Smiling is good, but genuinely caring about the individual is miles ahead.  I once got 20 tons of 105 mm artillery shells out of an ASP with a strict rule requiring three days of process, and I used only several hours. Those chocolates I had left with the ASP manager a month before probably helped, but my humble honest effort with her time after time meant that in a pinch she could help me out. When I drove in with the ammo,  my commanding officer said, “If it isn’t Jesus Christ!”

In China there is a rule that no organization can loan money without the permission of the National People’s Bank. In 2000, we were a small non profit trying to grow our business in China doing interest bearing loans with Chinese small business people.  There was no way we could get the People’s Bank to sign off.

So I thought what a local official would see as a win big enough to affix has chop taking responsibility for letting us break the laws to help small businesses in his area.  We were opposed to giving any bribe money, but I saw that we could give them face.  Face could be a win for them. I helped them see how our innovative method helped laid off workers to build new lives and that they could advertise us as one of their methods to help the poor.  We also could get a head nod from the local People’s Bank not to shut us done that they felt good about.  The officials would chop our document letting us do it locally and seek to get credit with their higher ups for doing this. We opened a lot of sites by this method. I think our honesty, humility  and transparency helped us here just like it had at the ASP., but our concern for their success and clear the win-win was critical.

So this book, The Smart Way To Deal With Stupid People, I enjoyed as the author had deeper insight and even a story from China, Hope you can get it to help you with Chinese bureaucracy.