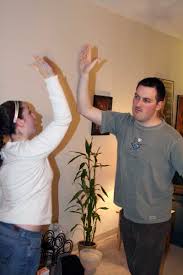 It is hard anywhere to get great engagement, and China has its own complexity. Distrust among Chinese is high and toward foreigners often the same, and it can be hard to know. So developing trust with your Chinese workers and helping them to be able to have trust among each other are both significant tasks. Without trust and the ability to be be open, no great engagement can develop.  I have pasted a part of a Gallup survey showing how low Engagement is in China. See the whole article here.

Six percent of Chinese workers were engaged in their jobs in 2012, up from 2% in 2009. Fewer workers in 2012 were actively disengaged — meaning fewer were emotionally disconnected from their work and workplace.

Chinese workers face a lot of bad leaders. Top leaders and subordinate leaders all work on a base of creating enough fear.

Western Leaders often are interested in empowering and, unfortunately, commonly empower the wrong people. Politics abound and no engagement develops.

So excellent workers we recruit often most want to know what kind of leader they will face and want kind of ownership exists. They do not want to come and punch a clock every day and wait for the clock hands to move. They know changing jobs makes them unattractive to employers, so they are as careful as possible.  Other candidates we refuse often will make up stories to show how great they are, and hiring managers will make up stories for how great they are. Very hard for either side to make a good choice based on the facts.

Then we wonder why engagement is low. Office workers may smile and talk nicely with us, but their thoughts are toxic given their leaders.

Great leaders who create trust and openness by example and invest to get workers who are a true fit rather than good actors do well. Engagement can bloom in our Chinese businesses even better than it does in the West. Then we can do more than double engagement but quintuple.

Chinese people have deep distrust of each other as I have often discussed in this blog. If politics is the order of the day among office workers and management, then having one good manager only partly resolves the problem. You likely need the top leader first. Commonly,  cooperation is low and efficiency is poor as silos are high and connections weak.  Training will not solve this problem in most companies unless you throw the bums out and consistently make great hires.

Two Levels of Engagement in China (or anywhere)

Let me also note that there are two discernible levels of engagement.  The first level is where an employee puts their heart into their work. This dramatically increases their productivity.

Second level engagement occurs when employees care enough about the business that they are showing proper ownership for the whole business and not just their part.  I have rarely seen even good teams in China show this aspect, but the force multiplier of having teams that debate openly and positively to seek greater results when the boss is gone is surely worth the effort to chase. The first step is great recruiting, and the second step could be 5 Dysfunctions of a Team Facilitation.

There is a lot of room for productivity improvement in our China ventures if we chase high engagement in China.