Falsifying Applications is an Everyday Thing in China 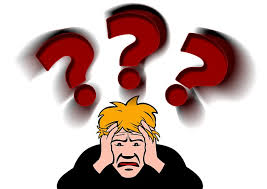 Puzzled about why your China Org is costing you sleep?

I recall some over positive resume tendencies when I was young, but falsifying applications was not part of my cultural background.  It has never been well in China.  When I got a job leading a US$1M start up in 1997, I thought a long time before I could think of someone trustworthy among hundreds of Chinese people I knew.  Remembering and hiring that guy started a great path as he helped me find more. Finding smart straight shooters eliminated politics and made for great efficiency.  We halved the time on the factory start up by not compromising on character in the hiring.

That first success made a deep impact on me and all the honest Chinese managers I recruited.  It served me well at the companies I led over the next dozen years.

Falsifying is part of the culture. Zhang faslsified and rationalized as all did it. Note CNN quote here:

New Oriental Vision Overseas Consulting, one of the best-known education agencies in China and the one used by Zhang, says on its website that students must write their own personal essays.

But Zhang insists this was never mentioned during her conversations with three of its consultants, who promised to return her money if she hadn’t gotten into any of the schools.

“I did feel slightly guilty but all my friends did the same thing,” she says.

What Zhang means is that she did not and could not write an essay in English to get into a good US college. So, she paid a company to write it for her as everyone was doing it.

In China, you must lie for your friend and take the TOEFL for them or you are not a good friend. This is standard in Chinese colleges.  Have you seen people taking the SAT for their friends in the West?

“It’s a huge problem. Understanding the true scope of the activity is inherently difficult because it’s clandestine,” he says.

Oh my.   Many US colleges do not care as they earn extra money if the kid ends up in English classes for a semester or two before starting college.

How does that work for your company?  A few extra classes will not stop the lying.

I hear some bosses say integrity is a given. However, they have no system to ensure, and the whole Chinese culture is about the form (face) as opposed to the real thing.

So lots of complicated Western Company cultures in China. It does not have to be that way. I have proven it in 4 different companies I led before opening this company to assist others in 2009.

You can be celebrating and sleeping well just like me.