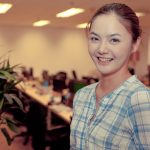 Why are Good Chinese Managers So Hard to Find?

Why is that? In America, they are hard to find. But in China, they are even harder to find.  Most managers never had a class on how to hire people. They spend at most 20 minutes interviewing a candidate and then walk away with a gut feel. But a cross-cultural gut feel is not the way to go. I would not encourage even Chinese managers to hire by gut feel–despite their familiarity with the culture. Really, recruiting is not core data for companies making widgets, so outsourcing makes sense. If you interview for only 20 minutes, the candidates can’t fully present themselves and you cannot get beneath the surface. However, it can be a different story if an interview lasts 90 minutes. It’s vital to get to know each candidate and to put in the time. Dig in, ask everything in your heart and don’t hold back. Then use the data to help you background check.  Spend the time or outsource.

That’s Just How It Is

Good candidates are difficult to find. The Cultural Revolution impacted the children born between 1950 and 1963 and complicated their lives and education. Few people from this age group will be efficient direct line reports for you. People born between 1963 and 1973 also had less than an ideal situation, which makes it difficult for them to get on board culturally. Very few people went to college before 2000, and the quality of those colleges is mostly weak even now. So the good candidates are hard to find. Many Chinese people have complicated attitudes toward Westerners and are bad hires. Many don’t speak English well or couldn’t get a college education. They are unlikely to get to where you are.  See also In China Who Should We Trust?

But consider the key point. Chinese people value honesty and so do we. However, we might put it near the top of our values while they might put it in position 12. Nixon had to resign in America because he was loyal to his friends who broke into Watergate. This is incomprehensible to most Chinese people because they usually honor loyalty to friends above honesty. Countless Western companies have been burned on this single point. So you will need to work harder to get people who share your values.  But they are worth the search. On a positive note, the level of integrity is growing year by year in China. But it’s still an issue that will limit the size of the pool from which to hire. So you must think values when you interview and when you background check. If you are just resume focused, then the likelihood that you will get burned becomes really quite high and you should not blame China when you get burned. You failed to understand the person before you hired them.