Getting Shanghaied In The Land Of Shanghai 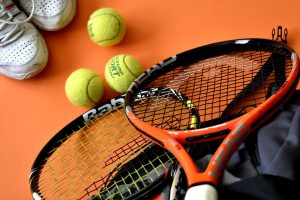 I have a link to an old post at All Roads Lead to China about two cases of foreign firms having their technology stolen in China.  See the whole post here.

In the first case, a U.S. trailer maker, SylvanSport, patented their design in the U.S. and started marketing it.  They started developing a market in Japan and Korea as well as the U.S.  Then they discovered that their Asian distributors were buying from a cheaper Chinese firm that had completely copied their design.  They then remembered a Chinese company that had bought the year before and demanded to ship to China themselves. The Chinese company, Wuyi Tiandi Motion Apparatus, does not feel they did wrong.  They say that the Wright brothers inventing the airplane does not mean that no one else can ever build one. See the original story here.

Why Did Sinovel Hire that Serbian?

The second case is of a U.S. wind turban technology company , AMSC, that had kept its software code in a safe in Austria. They were selling their equipment to China with firmware pre-installed.   Three European engineers had been key in developing the software for the equipment, and one was a Serbian named Dejan Karabasevic. A Chinese company, Sinovel, signed a long term contract to buy the equipment that would make their turbines competitive.  Prices on wind turbines then dropped rapidly in China and AMSC had a fixed contract that Sinovel could not change.  Sinovel was therefore in trouble. So they contacted Dejan Karabasevic and offered him enough money to  come to China and give them the design.  He did and the Chinese company immediately cut out the U.S. company and did the whole thing themselves.   In Austria, AMSC got the Serbian arrested, but cannot yet get the Chinese side to give up the design or the Chinese market they now dominate. See the whole story here.

I guess that AMSC used Dejan and treated him unfairly. I could be wrong.  He likely felt no loyalty to AMSC for a reason deeper then money.  Further, they never imagined that Sinovel would contact him.   They got bit. Great leadership and a real concern for workers would have closed that door in almost all cases. AMSC, hopefully, has learned more than how to work in China.  AMSC had been very careful about hiring people in China and that helped them to discover that they lost the market to theft.

I would not say that Chinese people are all set on cheating us.  Wuyi Tiandi does not feel they are doing wrong.  Sinovel would likely not have stolen the software if they were not under unexpected pressure.  If you met the Chinese leaders of these companies, you would find them to be good people.  Culturally, they have different values and different trigger points before doing things that we in the West think are wrong.

SylvanSport did not even take their product to China.  Wuyi Tiandi was searching for ideas for products on line and ordered one they thought they could make and sell in Asia. They never planned to sell in the U.S.   However, Wuyi Tiandi did harm SylvanSport in the process.  Chinese companies could do the same to you if you are not yet in China.  At this point, being China smart is valuable even if you have no plans to enter the China market.  You need to watch the back door as they develop. They will emerge from this stage just as the Americans did 100 years ago. However, in a global world, we need to be a little smarter at this point.

Hiring Better is Critical to Keep From Getting Shanghaied

If you have a good Engineer or business development person in China, what bad situation would make them feel justified in stealing your technology by any means they could find? Does China have people who do not have a price for their loyalty? Yes. Does China have leaders who do not alienate subordinate leaders? Yes, but you need a better process to ensure you get better hiring to avoid these unpleasant problems.