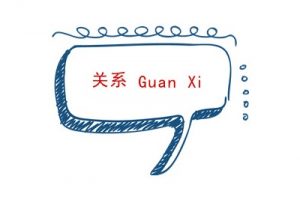 Let’s take a new look at Guanxi. Previously, I wrote part 1 here.  When I was dating my wife prior to marriage, she introduced me to her parents. They talked to me like it was an interview for a job.

Her Chinese father asked me whether I had a good job and a good career path. He asked me if I made enough to support his daughter and a family.  Finally, he said, “How am I supposed to know if you are or are not married with a family in the States and are just using my daughter?

I so respected this father who cared for his daughter in this way and with his questions.

When you, as a Westerner, interview candidates, they carry a lot of the same concerns about who you are and what your ability is.  They have greater concerns about your character and honesty toward them.  I was open with my future father-in-law and respected him and tried to help him get to trust based on knowing who I was.

We really should think about Guanxi in this way. Chinese people have natural fears about character and ability based on their experience in life.   We should have the same concerns, and they actually understand when we ask for proof of their identity and such. Ask all that is in your heart and more and encourage them to do the same.  Guanxi is really about knowing the person and who they are to establish trust.   It is reasonable and is not about seeing who drinks the most liquor at meals actually.

So we need to be more open with candidates and let them know where we are weak as well as how we are strong. Our ability to show reasonable vulnerability can help build trust which is the basis for any real guanxi.  When two parties see that they share similar values and can work together, then guanxi starts. With candidates, we must take the first step to help them to also be open.  See Also What Do Chinese Employees Want?