Healthcare Boom in China Such a Big Opportunity 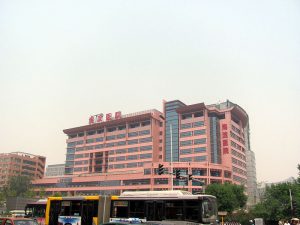 China is ripe for a healthcare revolution.   A key point of discontent in China is the whole healthcare industry. Big change needed even as the healthcare boom in China continues.

Demands are rising and service providers are overwhelmed. Quality has never been good, and the present system cannot bear the increase in load.

When I came to China, the hospitals were uniformly bad, but the people lived very healthy lifestyles. Vegetables were the core of the diet and junk food was rare.  People often went for walks after dinner.  Gradually, Chinese have started eating junk food.  Gradually, they have started to have enough money to consider getting better healthcare.  They are using fitness centers now but fitfully.

Lots of Dysfunction in the Healthcare System

The communists of the 1950’s taught the people that Western doctors were capitalists and an enemy of the people. The government developed a vast network of barefoot doctors with basic medical ability like giving inoculations and went with that after having wiped out the Western trained doctors.

So when the economy started to open, the people carried very strong anti doctors feelings to the hospitals.  People honored the school teachers.  As the law developed, the people found they could not sue the government, but they could sue the hated doctors. So hard. The pressure on doctors is really unsustainable. They get paid little and sacrifice their whole life and people look down on them. Very tough.

So Chinese people could go to the doctor and pay a few pennies to get an appointment and then would take the prescription outside to buy cheap medicine.  The doctors could not make any money.  So the doctors gave prescriptions requiring an IV for all medicines and marketed it as advanced medicine.  People had to stay in the hospital for the IV, and doctors could at least get some cash flow.  This is still standard practice all over China.  Doctors would state that every sniffle was dire and fear grew. I have not done a deep study but sense most Chinese children will get 4 IV’s on consecutive days twice a year for both fevers.

Healthcare Boom in China Has Been Good for Western Healthcare Providers

Foreign medical equipment makers have made deep inroads as patients overlooked doctors and checked what high tech equipment each hospital had to measure their quality. Now the city people are noticing doctors and often paying them red bags of cash to get good service for some operation or other.

China always restricted foreign hospital investment but under huge pressure in the system opened it to foreign investment in recent years.   This is noted in a nice article at China Briefing News you can see here.

The healthcare industry is a boom industry here, and it needs tons of help. All the West has to offer will be employed. However, close market surveys should be done for each opportunity as government and cultural issues abound. See also China Healthcare Recruiting.  We often help Western Healthcare Companies to get trustworthy hands on capable Sales Leadership.

China Briefing did have one stat that does not compute. They said that 95% of all Chinese have some form of health insurance.  Some form needs to be seen broadly I think.   Health insurance is common among city white color workers, but it is far from ideal.   Peasants living long term in big cities have no insurance at all, and in the countryside little that would help if they were really sick. Thus the insurance industry is also ripe for a big move.

We expats living in China have all benefited from the developments in healthcare.  We know it will continue to get better for us year by year. It is a definite business opportunity which our business has been glad to be involved in.  We hope to do more for companies here and wanting to be here.