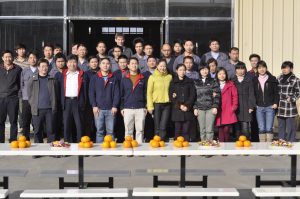 How big is the impact of keeping at least 1 Westerner?

Hiring China Expats has always been low on business owners’ lists. This quote from China US Focus is a good measure of what I also see.

They are less willing to offer higher priced expat packages. On top of that, local Chinese talent educated in the West is increasingly available, and in most cases local companies will only hire expats as a last option.

I totally agree that senior Westernized Chinese talent in more available now than ten years ago.  For at least 20 years, I have been wagging my head at indigenization goals.

I have heard all the arguments like the commonly used “Expats are too expensive.”  Actually, that is not so true any more. We place Chinese people who get paid more than Westerners and do not think anything of it anymore.

Some will say that hiring China Expats requires too much hand holding. Sure, some expats need a lot of hand holding. Some are more flexible and able to serve you in your location that the Chinese are. I can move an Expat from Beijing to Shanghai, but I cannot move a Chinese person to Shanghai in almost all cases. Oh, sometimes you can move them to a different city at a significant package increase. The Expats are much more flexible on location in China in our experience.

Some will say that Expats do not speak Chinese!  I speak Chinese and have been told to speak English with the staff to develop their English!

Some say keeping the Expat gives the Chinese a glass ceiling. Actually, we hire away Chinese talent that are under Chinese leaders that are not going anywhere, so they are leaving to get a chance to lead. The glass ceiling is not just with Expats in any way.

I know a large US company here that has a Chinese GM and three technically strong Expats under him as well as a whole business of Chinese people.

The Chinese GM works hard to get rid of the three Expats. Why? He says they are too expensive. I defy him to prove that.  Could three Chinese people actually come close to matching the value added those three provide unless they got paid the same?  And they would just be three more Chinese people in a company filled with them. He actually feels threatened by them. He feels constrained by their presence. He is the wrong hire. They need a different Chinese GM who can hire and manage A players and not be threatened by them. This kind of Chinese GM that hires weak underlings to make them look so good is so common. They harm your business in every way. Yet the US business plans to take these Expats out.

You can see we have no glass ceiling issues here. The problem is the GM is not transparent. He is insecure, That is the indigenization point,

Diversity is More Important Than You Think in China

Diversity is valuable. Globalizing your business by maintaining Western presence is valuable. It is the cultural presence of the Expat that can be the key value. Never forget that.

Now I have placed Chinese GM’s in places that were always reserved for Americans. I have placed Americans to replace Chinese who got fired. In both kinds of situations we have earned unending thanks from those who trusted us to get them trustworthy talent. We are color blind. We know Expats are also come in the trustworthy and untrustworthy varieties as well. However, I will always counsel to try to maintain two cultures and even three if possible in your China venture.

Get trustworthy people always and work to maintain diversity. It will serve you well here in China.