How Should We Understand Growing China Power? 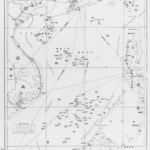 I think looking at American history can help us understand use of China Power. Today I saw a report on how China has muscled out the Philippines for ownership of a pile of rocks in the South China Sea. See report here. Scarborough Shoal is not really inhabitable but has fish and may have oil.  So competition ensues. China Power is winning. China has a lot of behaviors to dislike, but we need some perspective.  Both China and Taiwan claim those rocks and have reasons for their claim. However, I want us to see what the US did long ago that is comparable.

Did the US with growing power do anything more or less than China Power has recently done?

It is notable that the comparable historical period is 1867-1914.    I find it gives some perspective to understand that the US went through a similar process in our similar stage of development.  The US became the largest economy in the world in 1890. China could get there in the next 10 years. The US Overthrew the Kingdom of Hawaii and colonized the whole of the Philippines, Puerto Rico, and Guam  in 1898.  That is a lot more than a pile of rocks. China is doing nothing that we Americans did not do in our our Gilded Age.  Actually, they are much kinder. China is not extremist Muslim and has freed its own country in remarkable ways over the last 30 years. We need them and can only judge them properly if we give back Hawaii.  What reason did the US have for overthrowing the government of Hawaii? China and Taiwan have much more claim to that pile of rocks. China and the US can be great economic partners despite Chinese behavior like we showed in our Gilded Age.  We can be glad they are less aggressive than we were.  They took a few disputed rocks from the Philippines while we subjugated and pacified the whole of the Philippines in a 14 year war!  I vote to keep Hawaii and not be too self righteous about China’s pile of rocks.