Deep Weaknesses in Relying on Interviewing in China 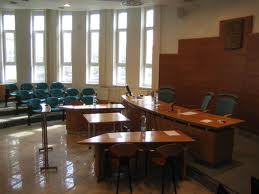 Interviewing in China is important and takes time. However, relying on expert interviewing is certainly not a plan in China. China Law Blog has a post up on suing in China. I paste my point of interest below.

China’s arbitral bodies allow little to no discovery and they oftentimes do not even allow live testimony. Even if live testimony is allowed, you should expect your case to be won or lost on the documents…

Third, Chinese courts base their rulings almost exclusively on documentary evidence, not testimony. So as we said about arbitration in China, you should be prepared to win or lose your case based on the documents.

Why do the Chinese courts operate this way? They dislike talking? Actually no. They know that in China all people are trained politicians. Tbey can make up highly believable stories very quickly.

Having people give testimony, like interviewing people all face the puzzle. Chinese people do not say what is true. They usually say what seems best to say. Testimony that is universally false leads only to confusion, so courts use verified documentation rather then testimony. This is reasonable in the Chinese context.

When I first started interviewing in China in the 90″s, people would come with documented proof of their graduation from college and certain certifications. No one expected anyone to believe their claims that they were 6 sigma certified or graduated from Qing Hua University. Gradually, Chinese managers learned that Westerners could not read these documents. Further, they did not seem to care about them. Also, they felt very free with their work experience as it carried no documentation.

Chinese candidates realized that Western managers seemed to believe what was said, and the game was on. Very quickly, 72% of management level hires in Western Companies in China were made under false pretenses. Some of those people reformed their ways under great western leaders. Many secretly maintained their devious ways while employed causing the loss of billions of US$ to Western firms in China since the opening in 1979.

Interviewing in China Has Serious Limits But Deep Background Checking Has Strength!

We create work for ourselves by eliminating 72% of the resume qualified candidates we find. We do this by getting their permission and digging in their background. Local Chinese firms still mostly rely on friends and relatives for hires as they do not trust. The relatives often do marginal work, but they do not run off with the company – usually. As expatriates, we can do better by not using our Western methods. We best go deep in a culture where the gate is often more beautiful then the place inside.