Is Using the Art of War for Doing Business in China Good? 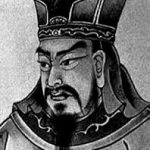 Is using the Art of War for doing business in China or anywhere a good concept?

The Art of War is an amazing and timeless manual on war. It could be put next to On War by Clausewitz as a classic.

However, it is about War. War is about I win and you lose by any means deemed necessary. Actually many Chinese managers think that way, and we even unwittingly encourage it. Keep in mind that you are the enemy as are many others in their way.

Using the Art of War for Doing Business in China :

War or Win-Win as a Goal?

Unfortunately, Business principles from a war manual is really what China is like. In 1996, I saw that all businessmen in China were studying Sun Tzu‘s  Art of War to learn business.  Seasoned local Chinese businessmen today are 10 times more familiar with this than Ken Blanchard. Actually, they have likely not heard of Blanchard though his books are in China.

In war, you fight against the enemy and dirty tricks are part of the way war can work as it is life and death against an enemy.

So to translate into business, “See your customer and your suppliers as the enemy and defeat them by any means possible.” Want to do business with guys following this line of thinking? Most local businessmen talk about win win now so progress has been made, but their hearts still have win lose thinking.  Further, their friends will push them that way.

There Must Be a Better Way

So imagine my feeling when seeing influential Westerners talking Sun Tzu when they could talk Ken Blanchard, Pat Lencioni, and Martin Gladwell

So yes, it is good to know about Sun Tzu as Chinese business people know at one level or another.  However, we should not be leading people to view business as war where defeating enemies is the plan. That goes for doing business in China or anywhere. Finally, we should beware in hiring in China as our workers hearts may have the same grimace as the Sun Tzu picture above. If you hire a Chinese manager whose goal is to defeat you, you have hurt yourself.

Understandably, in Art of War, you can learn things for marriage, travel, or even baking a cake. These things are possible. I would however point you to much better books for each of these three than trying to make this war manual fit there or in business where it leads to win lose thinking. See Also Chinese Workers and Trust