Small Business Export to China Can Be Done More 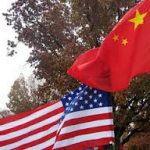 Western Small Business export to China is rarely done with passion. Small Businesses are understandably wary of the mystery of the China market. However, Manufacturing.net has an aricle that is definitely worth looking at on this topic. See the whole thing here   Let me also paste some below.

Breaking into the export market can be intimidating. Many small businesses have shied away from selling overseas because of concerns about risk and the unfamiliarity of business practices in foreign cultures, especially where English isn’t spoken, Babson’s Kelley says.

We sell to America and then to England. That’s very nice but neither is in a fast growing market that is biased toward Western Products as well.   So we need to step past our unfamiliarity.

Sixty-four percent of small businesses are exporting goods or services, up from 52 percent in 2010, according to a survey by the National Small Business Association and the Small Business Exporters Association. And 63 percent of non-exporters said they’re interested in selling overseas, up from 43 percent, according to the trade groups. Of those who are exporting, the majority — 54 percent — get less than 10 percent of their revenue from overseas sales.

US businesses can do better than that. The article mentions, Love and Quiches, a business that is selling cakes to England. Great, but why would they not sell in China where the market in high end food is growing over 10% annually? They just need the right connection.

China is mysterious, but we help small companies to get in. That is our focus, to take away the mystery and unfamiliarity

Another reason for the (recession induced) decline in exporting was the difficulty small businesses had finding financing for their exports. Many banks that believed small companies including exporters were too risky to lend to, says David Ickert, chairman of the National Small Business Association.

Market research does not have to bankrupt your company. Small steps can be taken. We know as specialize in helping small Western companies find suitable paths into culture.

To have your small business export to China is not as hard as you think.  Connect with us or someone who understands that translating the language is easy while translating the culture is where money is made.