Starting a Business in China and Form Over Substance 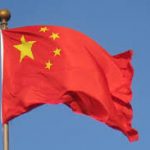 Starting a business in China, many companies stumble on the issue of form because they unwhittingly hire workers who respect form over substance.

Here in China, when I get on an elevator with a mother and her child, the mother will  often cue the child to call me Shu Shu which is respectful toward an adult male in China.

What has always struck me about this is that I have never seen a Chinese mother coach the child’s attitude but rather focus on getting the child to say Shu Shu audibly. It is very common for the child to look down and mumble shu shu in low tones filled with unhappiness.

My mother may not have cued me to talk to a stranger at all, but if I was cued to speak, it was not what I said but the respect I showed in my attitude that would have been at issue.

Culturally in China, agreeing to the form often is all that is required

I received some training when I first came to China that has always stayed with me. They said that many Chinese work units have a rule that bicyclists entering the work unit must dismount and touch their foot to the ground when they enter and not just breeze through.  The core teaching was that, having touched your foot to  the ground entering, you could go in and lie, cheat, and steal, and you were correct. But woe to the one who is kind and gracious in all he does but does not touch his foot to the ground when he crosses the threshold. He is the enemy of the people.    That is so true in China even 22 years after I got that training.

So are Chinese people good at saying the right thing in the job interview?  You bet. Are they good at putting on a dog and pony show when you come to check?  Definitely. Are some Chinese people not doing this to you? Sure.  However, it can be quite difficult to see who the people of substance are. Many are so good at making the appearance so right.

Starting a business in China – Get the right first Chinese person

Finding Chinese Workers of substance is not simple but critical to face. Otherwise you are rolling the dice trying to get 11.  The right person can take youy far.

For those of you who already have a business or Chinese workers here, you likely have already reaped what you sowed depending on your focus and ablity in consistently finding Chinese workers of substance and character. Our business works with those who see that Outsourcing Recruiting is in their best interest to achieve a company that has substance with form.