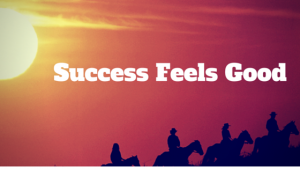 I am friends with a Westerner who came to manage a messy factory 6 years ago. The previous 6 years before him were tales of trouble leading to the shut down of one of their China businesses. Then he came. People made fun of him. They looked down on him because he was careful and spent time and money getting the right people on the team from the start.
6 years later, his direct reports all still work for him. The company has multiplied many fold in its success in China and he has now become the overall head of the whole worldwide company. I do not think he is smarter than other guys. I do think he is wiser. He established principles and held to them at all costs. He hired people on principles more than technology and treated them well. They responded and the company grew,and grew and grew. Managing how to manage massive growth is their biggest problem now. He smiles as he casually eats his lunch. His people can handle the load. He and they do not need to fire fight often. They watch out for him and he watches out for them. It feels good and it should.

You can do it too. Read this blog. Learn from everyone. Do not let success go to your head. Then we can have a relaxing lunch.

Anything you want to add? Really, I welcome more voices. Thoughts?