The Gems Have Character 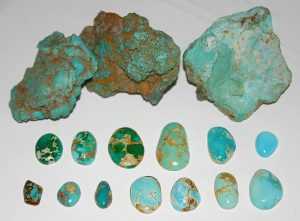 We recently interviewed a woman who interviewed very well. However, we never hire without research. Some research on her background showed that while she did work for the companies on her resume, everything else she said is not true. One is the stories we uncovered was a Western company laid her off in the down turn in 2009.  She protested by bringing in her father to help her threaten the company. This reminds us that the gems have character.

How can you know if an employee is hurting you right now or will be a huge problem when they leave? Past behavior is the absolute best predictor of future performance. If their past behavior is bad, they will not tell you about that. If their resume show they often switched jobs or have gaps, it may mean they are not good workers. Or possibly, they are the diamond in the rough that changed jobs often for very good reasons. See also Best Predictor of Future.

The Gems Have Character, But Maybe Not Fancy Resumes

A different guy had gaps on his resume like he was a guy who no one wanted. He interviewed just OK.  Amazingly, the more research we did, the more we found that he was a real gem. And yes, he had the work background that we needed. Nevertheless, that was and will always be second to recruiting people who are gems. A gem works passionately to make the company better every day. They do not play politics, but play for real every day. I hope you know people like this in China. If you do not, that is too sad. They are out there and sometimes they are just plain out of work as no one has understood how great they are.

Our company majors on finding these hidden gems and in some case putting them back to work. They are super valuable to your company and often are available as other recruiters cannot see that such a person had very good reasons for their ugly resume.