The Value of Transparency in Hiring 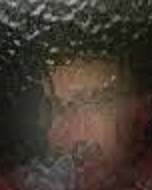 we need to see candidates a lot better

Lets talk transparency in hiring. In China, I know a business where a production manager physically intimidated a quality manager. Workers had to restrain the production manager from hitting the quality manager in a meeting. The Western leader never knew this happened. We need to have businesses where information like this moves to the right people quickly. Many Westerners say Chinese people do not give us foreigners this kind of information. Hmm. It does not have to be this way.  If we emphasize leader character and our own, then all the information flows. Good ideas and important data spring to the top often. I can attest that it happens here in China.

People who are properly transparent can admit their errors and weakness. They can also accept praise for work done well. They are comfortable in their own skin and not afraid to be real. We need to be that person and hire those people and especially seek them out here in China. They are not common, but we can find them. It is worth it. I have found again and again that we and others do not share the most important information. So it is worth developing this value in our business and in our own lives. However, we must ensure we do not bring people who are not properly transparent into our businesses.

There is a cost to transparency, but the value far outweighs it.