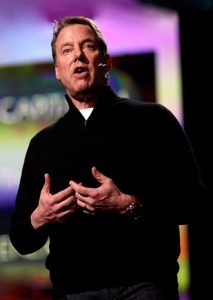 China business success does not have to be like pulling teeth.

Ford won when their President and CEO Bill Ford surrendered to seeking an outside placement to solve his woes. Alan Mulally from Boeing was a true outsider and that is what saved Ford while the others went bankrupt. Now Ford is doing great and making billions a quarter though Alan has recently retired.  See the whole American Business Magazine write up here.  It is a great story. I paste some below.

Bill Ford told CNBC that in 2006 he performed a painful self-assessment when Ford was facing a $12.6 billion loss a full two years before investment firms on Wall Street collapsed, major banks failed and the Great Recession began. He stated, “At the time, I was chairman, I was CEO, I was COO and I was president. I was wearing all the hats.” When Ford told this to the board of directors, they asked him what he needed, a new CEO or a new COO? Bill Ford responded, “I really don’t much care. What I want is the right person.” Bill Ford, head of one of the largest corporations in the world—which is also one of the best-known “family” businesses whose name still adorns the company headquarters in Dearborn, Michigan—was floundering because he was wearing too many hats in the business….

In writing about Mulally’s unexpected success, Hoffman wrote, “Mulally ripped off the bandage, cauterized the wound and cured the disease.” The author concluded, “Only an outsider could do that.” Mulally made the difficult decisions which only a “non-car guy” could—generating needed capital by selling off Ford’s stake in Mazda and its prestige European luxury brands of Volvo, Jaguar, Land Rover and Aston Martin so that the company could focus on the core “Blue Oval” brands. Mulally said Ford had over 90 car models and it was hard to produce that many models at a world class level.

In China, Western Companies Get Burned by the Inside Guy Again and Again

Many big Western Companies in China indigenize and pick from the inside. Then they  turn over their China operation to long time hires because it is time or an accountant says so. The results are often a slow slide down. Given how Western companies hire in China based on resume and hiring, the inside hire is a huge risk. The inside hire knows the politics and how to manipulate the system best.  Beware. Not all inside promotions here are bad, but promotions to the top spot on China are fraught with problems. China has great leaders. However, the hiring process has so many gaps.  It often makes it a roll of the dice on the inside.

We Help Our Clients Get Better

Some of our clients wake up one day like Bill Ford.  They get China focused help to rigorously test an outsider who will fix their problem. Our job is to get them smiling again. I talked about one turn around success here.  Now we are fueling and preserving their growth and that of other companies.

The right person is hard to find and a lot more than a good resume and interview. 5 years after starting this company we are more convinced than ever of that truth and that the right outsider makes a huge difference to any team.