Three Differences about China & Chinese Culture as Compared to the West 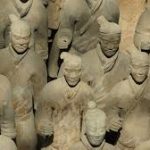 We should not think that the China and Chinese culture should be like us and judge them wrongly for being different.

Just listened to a talk by Martin Jacques.  It is really good. See it all here at Ted Talks.

He gives a good picture of China’s importance to our future for good or bad and gives three differences I note here.

China has been overrun at many points in its history, but always absorbed and changed the conqueror more then they were changed. It is their civilization that it at the core of their thinking. Chines cap drivers will explain bad behaviors by saying certain Chinese people lacked civilization.

Race – China is very immature in race relations as 93% are Han and feel superior.

They have little understanding or concern about other cultures.   Chinese people call me a foreigner while I call them internationals when they are in the States. I feel saying people are foreign is impolite and they have no feeling about it at all. The minorities largely hate them and the Han are completely oblivious and cannot understand why they are not loved.

The State is overall, It is the patriarch of the country and of each family.

The government is everywhere in China. They make the products and judge if prices are fair. The State has its hands in everything. In the minds of the people the government is a much bigger issue than in the minds of people in the West. It is expected that it will be more invasive. Americans were shocked by Edward Snowden’s revelations while the same discoveries in China would not surprise at all.

This is well said, This is true. A lot  more details can come out from these three points. Not all of his explanation is well said, but on the whole this is well done and great to help us think about China differently and not just ask. “Why do they not act just like us?”