What Do Chinese Employees Want? 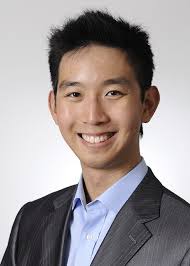 What does he want in his next job?

Given that we are in the recruiting business and most of our effort is here in China, it seems fitting to give some thought on “What Do Chinese Employees Want?”

Chinese managers and other Chinese Talent are people not unlike talent in other countries. We should see them first as humans with needs like our own. I remember starting my life here in China in 1991 and finally writing to my friends. “Chinese people laugh and cry, they hope and dream. A lot of their methods are different, but inside there is so much just like us.”

Once we have arrived this far,  we can think more about the specifics. Imagine you live in the US in 1890. The Indian Wars are over, and America is growing day by day. Do you have expectations to live a lot better than your parents? Do you expect things to get better and better? Sure, all of those are true and happened in that generation which drew my ancestors to America.

What do Chinese Employees Want?

This is where China is today. Lots of growth already occurred, and lots is to come.

So Chinese people can quit one job and ask for 20% more at the next job, and they do not even blush. Their country is growing unlike any in the world. They expect their earnings to grow a lot, and their experience is that it happens.

Look at this report from China Briefing on attracting Chinese employees. and here.

China’s 2014 university graduates report high salary and opportunities to advance as the two most important career traits, followed by high future earnings, clear advancement path, and professional training and development. On the other hand, western employees report employer culture and interpersonal relations as the primary determinants of occupational attractiveness.

Nevertheless(in 2019), despite being attractive to job seekers, workers in these sectors have become frustrated at the absence of a work-life balance due to a ‘996’ work schedule. Jack Ma, the founder of China’s e-commerce giant Alibaba, controversially defended the grueling ‘9am to 9pm, six days-a-week work schedule’, particularly for young Chinese as “a huge blessing that many companies and employees do not have the opportunity to have”.

So people in the West want employer culture and interpersonal relations while Chinese graduates want money and a strong future with more money. We should understand that. The competition for English speaking talent is high and money is clearly an issue. Many Chinese people think, “Why should I switch if not for more money?” Well, some people have no future where they are and some people want to be in a Western company.

Does Anyone Want Anything But Money?

We do see among high-level placements a lot more interest in employer culture. In truth, even at mid level placements, people are highly impacted by who they will be working for and want to know what kind of a leader they will have.  They all want you to bring the money as well. But many people will even accept slightly lower pay for a good leader to work for.

Some people think, “We are a Western company, so we can treat you like dirt as we are better.” That is not so true anymore in the bigger cities. If you bring real value as a leader, then that will be the real draw and the key to retention.

In our work, we seek trustworthy talent which means that we see character as a key part of the package that should be on the table.  So we weed out greedy people. People who are just about money and just about themselves damage the whole company even if they are talented individual contributors.  It is unwise to unwittingly hire one talented bad apple and lose the heart of 40 key people in your organization.

So money is a big topic in China, but the right people can see more than just money. They have values, and they want to see your values.