Why Do US Companies in China Make Bad Hires? 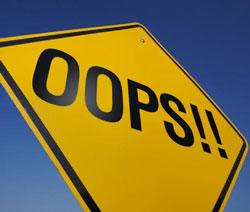 Bad hiring by US companies in China is epidemic. Let me explain, and yes, it is not just US companies doing this.  Western companies in China often know how to find out if a candidate has a strong enough mechanical engineering background. However, they do not know how to assess if the candidates are honest, diligent, cooperative, passionate or will have the same attitude when they start working as they had in the interview.

They then compound that by loyally keeping workers that they chose by the method I describe above. These bad apples move up and alienate other workers who then leave. The companies have no energy to fix the problem and do not outsource recruiting to those who kick out the liars. The percentage of bad workers and toxic behavior gradually rises because of this.

US Companies in China – A Staffing Example or Two

We recently pled with a company to not choose Xiao Liu as his character was doubtful. SHI Group told them they should choose Xiao Zhang instead though his resume was not as good.  We saw his ability and character were what the company really needed. However, they made the offer to Xiao Liu. Xiao Liu got the job offer and then started to delay. He started using the job offer to entice other companies to hire him for more money. Then he stopped answering the phone, and finally they gave up on him. Then they finally hired Xiao Zhang. So this story is ending well as they paid the price early for choosing resume over character and ability.

I knew one company here that had an operations leader whose only achievement in 7 years was instituting tea time in the middle of the work day. He also knew how to make the boss feel important. I met another guy who personally destroyed progress secretly on multi-million dollar projects. Further, his American leader passionately defended him for half a dozen years. Why do we accept such manipulation? Too many worry about technological ability, and they struggle as they have the wrong culture due to the people they choose to support. Their IP problems and productivity problems come despite their tight focus on technology and experience.  They ignore the problem of the character of their candidates and pay the price. See also 8 Keys to Attracting Top Talent.

Why do hiring managers do this? They often do this because their boss will criticize them if they hire someone with a doubtful resume. Bosses should make better decisions and not make hiring managers feel this way. It makes for too much sorrow and lost profit, especially in China.