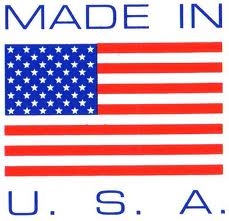 Since China allowed Japanese TV makers to sell in China in the 80’s, Chinese people have been gobbling up foreign brands. They know they have higher quality and are safer too.

In the 90’s, you had to localize production in China as Made in America was too expensive.  Now the sense of the Chinese consumer has reached a new level.  See this recent NBC quote

Earlier this year, Walmart announced it would boost sourcing of U.S. products. Americans aren’t alone in products made on U.S. soil — turns out Chinese consumers are also willing to pay a 10 to 60 percent premium for “Made in USA,” according to BCG research released last fall.

Really, it used to be that if you had a name brand, you just had to get your price down by being in China. Now, Chinese people might turn away from your products some just because they are made in China.

What are Chinese people thinking about your Made in China quality?

Talking with a leading Chinese manager, he said, “Jim, there is no way to trust even foreign companies because Chinese people dominate.  Unless you are dealing with the owner, you are probably getting scammed even with foreign companies.”

I am shocked to hear this, but that is why Chinese people want to buy overseas if possible.

The Western Companies I see personally and hear about from others are messy in China. They have not understood how important and difficult it is to get trustworthy and capable people in China.

A US CEO recently told me he has no problems with integrity or character. Oh My. So Chinese people do not trust US companies as much in China for a reason. The CEO has no idea what transpires outside his direct supervision.  Chinese people know Americans are too naive.

Baby Wise is a famous line of books in the US. The Chinese version tells Chinese parents ideas that would make Baby Names cringe if they saw it. Clearly, there was no proper oversight in the translating. There are not typo’s but rather whole chapters where the basic meaning has been shifted. It seems that someone purposely changed the meaning in malicious ways. My Chinese friends now use the English original.

Are We Fighting the Wrong Talent War?

There is a talent war in China.  Western Companies are fighting for the best resumes.  The results are messy companies that make Chinese people think Western quality in China is not much better than anywhere else in China. That is a shame, and it does not have to be that way.

The right Chinese people when well led will match or outshine most American enterprises. China can put people in space for a reason. They are talented and diligent.

The right Chinese people want coworkers whose yes means yes. Give them what they want, and your customers will start to know that you are not just any Made in China company.

Of course, if you just make in the West, then think right how you want to get in and don’t give your future here to a distributor without much consideration and research. I mean to think much before you tell them your product name.

China is a great place, but you should not roll the dice with your work in China like you might in the West. Get talent and character in all you do.