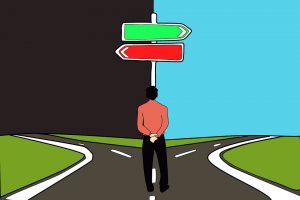 Hiring Top leadership and finding you have the wrong leader is super frustrating. I am familiar with a host of businesses decisions on people in China that went bad. Here is one.

In 2006, one US$20M factory of a US MNC  I know was searching for a GM.  They had a candidate with character and deep knowledge of China and leadership here.  The candidate was trustable but with limited factory experience. They passed and sent out to a large international recruiting company who then found them a person with a more perfect resume.

That guy loved to play and even would recruit managers to play basketball during work time as he was the top guy in China. Years later and several million $’s in lost business and opportunities later, they let him go, We then placed a very technically strong, trustworthy leader to replace that guy. Unfortunately for them, the headquarters had used a famous international recruiting firm who had placed an Asia Director to be in the factory over the GM. The Asia Director immediately started to micro manage the GM and frustrate him in every way.  This led to arguments which the Asia Director used to dismiss the GM though he had raised productivity in the factory to very high levels.

The Asia Director then appointed a new GM who was his friend. Together, they drove productivity down by 50% and more over the next year.  Millions more in losses followed.  The MNC started having more and more positions report directly abroad as they did not trust the Asia Director.  By the time they let go of the Asia Director and GM, there was already very little left to manage for the new GM as HR, sales, finance, and quality all reported abroad. Though the new GM was trustworthy and talented, the overseas managers liked to separately control their own direct report inside this facility. There is no teamwork to be found and productivity remains poor and turn over is epidemic.

Good resumes and the wrong leader meant they went astray in 2006 by trusting some big recruiting firm. Then, they had a chance to fix things in 2009, but again allowed the internationally famous recruiter to place the Asia Director. Then internal dynamics crippled the factory by complicated reporting structures overseas before a trustworthy GM could be placed. Headquarters did not end reporting abroad when they finally placed a proper GM. Each HQ person wanted their own person in China. The factory could never fly and was later sold off to a Chinese company for little money.

It does not have to be this way. You need to focus on the character of the hire along with finding talent.  Interview knowing that the next step is background check.  Then check the background of the hire for character, especially in your top people. Be willing to give up the perfect resume as they are lying anyway.  You do not want the lying perfect resume guy working for you as your top person. Finally, do not problem solve by letting departments report back separately abroad. That is a cop out.  You only do this as did not place the right leader. What you need is the right leader and a great team in China. Do not let any fast talkers sell you a good resume or a bad structure and lead you astray. Take a look at Recruitment Agency China Needs Great Thinking.

China has capable people who ARE worthy of trust. We prove this again and again by the people we place. You can solve the wrong leader problem too.