The Difficulty of No Chinese Ethical Base 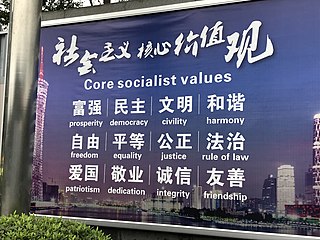 A well known researcher, Yi Zhongtian ( 易中天) , in the Chinese government has a well known talk on Youtube where he lements the decline of Chinese ethics. He indicates that China has no Chinese ethical base, and so cannot hold the line on ethics.  Here is the English translation.

He compares 3 great civilizations.   The West on the basis of Christian faith, Islam on the Muslim faith  and China on nothing. See this quote.

This character stems from Western Zhou (1046 – 771 BCE), because it was during this period the philosophical foundation of China was established.  The key tenets of this foundation are “to set humans at the root cause, use virtue to manage the country, employ rituals to maintain order, and adopt music to secure harmony.“ Such a cultural system, though it experienced Spring and Autumn, Warring periods, Qin, Han and all other political dynastic changes, has prevailed in a rather intact fashion after 3000 years.

Now, however, in the market economy, we have lost a core value that is suitable to our culture.  We cannot find it any more.  As a consequence, on one hand we have the economic well-being and a rising international reputation, but on the other hand the general human quality and ethical standards have been precipitously in decline.

No Chinese Ethical Base Should Not Be Ignored

So we see that China is worrried about this problem. I rather wish there was more cultural concern about ethical decline in the West, but that is another topic. He has done a lot of research and sees that ethics are diving. It makes it hard to manage the country, so they study.

His results indicate they do not see a good way out of this decline as have destroyed their base. Even he notes the base had no transcendent strentgh even at the outset.  Have you noticed how the Soviet Union and China both put their Cominuist founders on display in a glass case at the center of their capitals? I asked a Chinese thinker why they have Chairman Mao on the money when he was responsible for so much suffering. Deng Xiao Ping made them rich and powerful but is not on the money. He said, Deng Xiao Ping was a man, but Chairman Mao was like a God. So Modern China struggles with this.   See also Chinese and English Different Base Culturally.

In the picture you can see quite list of values. I see them quite often like in the trains and such. Usually, there is no English translation like in this image. The list often has even more values listed.

Yi Zhongtian sees that it is easy to list these but hard to make real. Every culture needs an ethical underpinning, or it is doomed to fail. so here they are trying to create a base. You can see Chariman Mao for free in Tiananmen Square.

So Chinese people can see Westerners as being naive. My goal is to help you have your eyes open and hire honest managers with the skills you need.