Engagement or Performance Focus-Which Do you Choose? 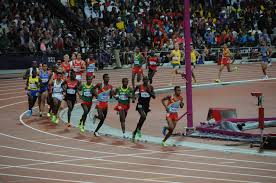 Getting anyone to run faster is an art

Engagement or performance are two often very different kinds of pursuits in most people’s minds.

Gallup notes from the research, and I so agree that this must not be an either/or task. They see that great leaders do both.

Engagement or Performance – Can we do both at once?

Most of us who have put focus on leadership have thought about how to get teams to want to work and not simply to force them to work. Thus, we have sought engagement as a means to productivity.

My first leadership job was as an Artillery leader leading a team walking with infantry acting as the eyes of the artillery. I centrally connected with the idea that troops were not dead beats. They all wanted to go home after their time and say what great feats they accomplished. Their desire was to have something to show for their efforts. Thus, I was on the same side of the table with these high school graduates as they wanted achievement, and so did I via them. It worked great.

It worked the same when I first led a factory in China in the 1990’s. I gained a fondness for a word that is not in most dictionaries while leading in China. Teachability. See also Teachability in China.

Not Everyone is Hard to Move and Tricky

China is an old culture with lots of set ways that are hard for even Chinese leaders to move. Deng Xiao Ping used a slow steady way to grow China for example. I could choose employees while Deng Xiao Ping needed to move a nation. Finding people who wanted to learn new ways was critical as was finding people who would be transparent which also is hard to find.

Once done, It is possible to move a Chinese team very quickly. Seek buy-in and delegate and check everywhere. It only works if people are both highly teachable and highly transparent. Learning happens quickly when people are not playing politics and the right people do so very little politicking. Keep on the same side ofd the table with your workers and see they want to achieve like you. Get rid of leaders who cannot draw out the passion of wortkers as well.

So seek engagement through right hiring and then setting challenging goals that have team buy-in.  Great growth also grows buy-in. Great performance or engagement is a misnomer as clearly we need both.

Posted in: Being the Right Person, Culture Development, Leadership