I sought Six Sigma certification as love building quality and like getting to at least China business basics success. Surely, many of us who learned and use Six Sigma have another take away beyond quality. In our case, business success is on the table.

We learned in Six Sigma that data is king. Decisions are not made on gut feeling, but based on data. In many companies the data is kept on the shop floor or at an administrative desk, but too often not enough is gathered in the executive department.

If you keep good records and chart how you failed customers or chose wrong, then you can avoid making the same mistakes again and again at different times or in different areas of your business.  It is some value on the day you start putting things down and systematizing.  It pays yet greater benefits in the long run. 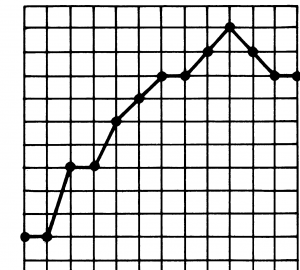 A dozen years ago, making loans to small Chinese businesses, we had a problem with bad loans. Thinking through, we took all the bad loans and listed all the reasons those loans had been bad loans to make. We then developed 36 guidelines for making loans that made us spectacularly successful in making good loans. The money we lost on bad loans was not in vain. We codified and learned from each mistake till bad loans became rare once we got to 36 guidelines. As a team, we gained by learning from our mistakes. Finally, we did not stop there either.

I once worked for a consulting company where the worker mantra was: “What is the definition of insanity? To do the same thing the same way and expect a different result.”

The owner had no interest in systems or learning from experience. So the business had a 20 year history of making and remaking the same mistakes. For a month or two after a mistake, all would avoid it. However, by a year later, a new person or the same person would make the same mistake as the organization had forgotten. A company that should have gone to the moon was stuck permanently near the earth making the same mistakes again and again. Basic, but amazingly basics often do not get done

Application Gets You China Business Success

Every project should have a wrap up. Lessons learned both good and bad should be gathered in and added to company knowledge and know how, so we do not forget. Further, gather, so you can apply. Let’s track how we apply.

Six Sigma emphasizes eliminating variance. Usually, variance is bad in Six Sigma, but in business we should also know that much can be learned from any surprising success or surprising failure. If we are disciplined to look at these events closely, we can gain a great deal. Recording and systematizing organizational learning are worth the effort and focus. However it only works if carried on to application. See also 6 Ways of Doing Business in China.

Now lets talk recruiting. Has six sigma touched recruiting? Does your company even have enough data points on hiring top management to make hiring better?  We are professionals in recruiting, so we have no excuse. SHI Group has enough data points. We did our analysis and found and still find ways to dramatically reduce bad hires and surprisingly increase the percent of great hires.  You might want to took at 11 Things You Need For Excellent Executive Search China.