A Different Kind of Genius for China 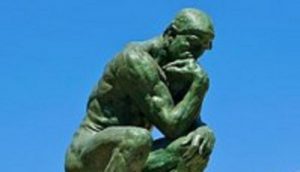 A Different Kind of Genius for China

What is the right genius for China? Many times we become too knowledgeable to be good leaders. Actually, knowledge itself is not the enemy, but we naturally get proud and stop seeking advice when we get knowledgeable. It also becomes a trap as you start to find your value in how much you know rather than in who you are in relation to the workers who make the business successful. Are you making them great or not? When you are the key to the business, then the business has a limited span. Further, in China, no matter how smart you are, you need Chinese people with an equal amount of ownership to really fly.

Naturally, being the expert can give you some leadership strength, but it often costs you the overall strength of team.

Let me explain: If you are the genius that everyone relies on to make the business go, then you may build your ego but you will hurt the team. Successful companies build good teams where all people are of value and not just one.

Great leaders are geniuses at recruiting top leadership that are smarter than them. They avoid having the business be limited by their personality. These leaders gather people who can prove them wrong and sharpen their thinking. They recruit people who can be their equal and better. They help those leaders fly and are not holding them down.

The great leaders do not spend their energy proving themselves, but rather use it to build brilliant teams. The team’s strength can always out-perform the lone genius down the road.

Is a Genius hurting you?

Maybe you are not the problem genius—but you have one. In China, many companies are run by Chinese geniuses who look down on the people under them. Employees often feel belittled by the genius in the big office. They think less and are dependent on the Genius rather than on themselves and the team.

What can be done?

It is fearful to pull the plug on the kingpin, but with some planning you can do it and actually see growth overnight as people’s natural ability is released by dismissal of the lone genius. Let me quit here and follow up with another post on how to escape the lone Genius problem. Find another post on letting people go here.

In summary, what you need for your company and your own leadership is to be a genius at recruiting and building a great team. Recruit and develop people who are all good at something you are not. Find leaders who will build people up to their level and not feel threatened by them. Face it if you leaders in China do not recruit and develop the next level of people who have equal ability. When you make these people as a passionate team, you overcome the geniuses in any fair fight.