J.K. Rowling and Her Harry Potter on Leadership 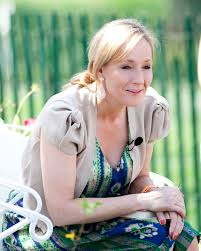 Wisdom on leadership from a great Novelist

Leadership sometimes is denigrated as we have made the wrong guy the leader like many Western companies have here in China.

Surely, everyone has their own definition of leadership, but I espouse this one:

Leadership is getting things done through other people.

Some people hire leaders because they are the best doers and then the rest of the people are minions far below the superstar as Good to Great pointed out. Others promote a guy because he was good at his work (as a doer) and then never promote him or her again but they stay in that ineffective slot and builds defenses against being replaced.

Some quotes from J.K. Rawling  and from Harry Potter on Leadership

I sense that J.K. Rowling could pick a good leader due to what she put into Harry Potter and more. Take these quotes for example:

“If you want to know what a man’s like, take a good look at how he treats his inferiors, not his equals.”― J.K. Rowling, Harry Potter and the Goblet of Fire

“It is a curious thing, Harry, but perhaps those who are best suited to power are those who have never sought it. Those who, like you, have leadership thrust upon them, and take up the mantle because they must, and find to their own surprise that they wear it well.”― J.K. Rowling, Harry Potter and the Deathly Hallows

“It is our choices… that show what we truly are, far more than our abilities.”

“It is impossible to live without failing at something, unless you live so cautiously that you might has well not have lived at all, in which case you have failed by default.”―  J. K. Rowling taken from Brainy Quote.

To summarize briefly, JK has said that good leaders know who they are. They do not need to prove themselves. They lead as a service. Great leaders therefore see each person as having infinite value that they can draw out by leadership. The right leader may or may not be good doers, but they are great decision makers.  Great leaders have learned to say they are sorry and do it often as they dare to decide. Surely JK wrote more than a kids book for entertainment, because she had a lot to say. You might also enjoy my blog on Great Leaders and Fatal Flaws We Can Avoid.