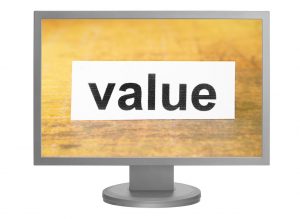 A friend of mine noted that a lot of SME decisions in family companies have been “done by the seat of their pants.” Indeed, many entrepreneurial people are successful going with their gut in their home country. That’s great if it works.

However, when you come to China, you can’t depend on your gut feelings. They will usually lead you into a pit. My friend noted that you need to get a hold of your “core distinctive”. You don’t need to have western food in the cafeteria in China. Companies can get in trouble if they want to be American culturally. You need to have a company that is Chinese in China–but with your values. Knowing your core values is critical here.

Can you define the principles that you will not compromise? If you’re feeling a little fuzzy, then the people you hire will be completely lost. Your staff might falsify documents with the government to ‘help you’ and expose you to the risk of discovery or fines. Worse yet, you may not know what’s happening until the police arrive. I have actually seen well meaning staff do this.

Also note the case of Rio Tinto. Steve Dickinson, at China Law Blog, stated the point well: here. Rio Tinto got in a bind and was not clean enough to fight with the Chinese government. I’ve also been in an unpleasant fight with a local Chinese government. But my company walked away unscathed because my Chinese team and I were completely clean–no cutting corners with the law anywhere. We had a healthy understanding and loyalty to each other.

Knowing Your Core Values – An Example

Another time I discovered a Chinese office manager who was secretly hiring people he could keep under his thumb. The result was that the company was not getting the best people or hearing all the worker’s voices. The Chinese manager said he did this to save money and in fact he saved money–but the company lost customers due to poor service. See also 6 Ways of Doing Business in China

I was doing work for a large US company when my Chinese staff overheard their senior Chinese manager saying, “Just go along with the Americans now. Soon they will be taken back to the home office and then we can do what we want.” Don’t assume that you know what your people might be doing or thinking. You are not in Kansas anymore.

You need to clarify your values, hire for values, model the values, and train for values. When a challenge comes, you’ll want Chinese people on your team who share your core values. Then you will have a strong company that pulls together and grows together with great stories to tell.  Also take a look at Values Thinking Not Enough.