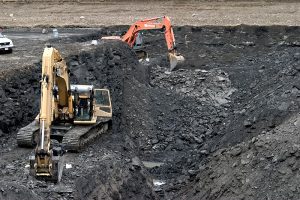 Let’s mine for negative feedback

My brother-ín-law noted that really listening is core data for leadership, and it reminded me of a few things.

My friend, Steve Crandall, then said you need to have a way to listen to people.

As that may be a little abstract for some people, here’s a few specifics.

It is good to tell your Chinese direct reports that you want feedback, and that you reward negative feedback. But that is not nearly enough. Do it often. Also, make a point of noting your weaknesses as well as your strengths. Be open and real. By modeling realness, you can help your workers to let down their guard and also be real. You must model an attitude toward mistakes that lets them know that you are not afraid of mistakes.

Ask them more questions about what they are thinking both positive and negative in a non defensive way. Mine for conflict as Pat Lencioni would say.

I tell my young workers, “I hereby give you permission to go make mistakes and make a lot of them. People who do not make mistakes are those who are doing nothing, and I do not want them.” Also, when your subordinates make mistakes, take responsibility. When they do well, brag about them.

If you faithfully do that and have hired the right people, then you will reach the day perhaps 6 months later when one of your direct reports will tell you., “Boss, you made us all feel bad when you talked that way this morning. We feel you are saying X.”

Yes there are some mature Chinese managers who will adapt faster than 6 months, but you need that culture. That culture will fly, and it will also cascade down in your organization especially when you encourage it. And your turnover will go down. Motivation and productivity will increase. So work on it.

But one word of warning. If you have randomly hired people by resume and your gut feeling, then this method might not work. The wrong people see any admission of weakness in you as a sign of worthlessness. They’ll lose respect for you and leave. If you have hired the wrong person, don’t live in a false world just to maintain appearances – let them go and save yourself from later losses.