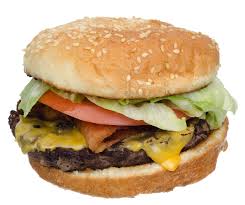 I was at a trade show in Shanghai yesterday and started talking with a Chinese leader for a US company that worked closely with and knew OSI Group and the scandal that had devastated them in China. They also earn money with these same large US companies because of trust issues in the food chain.

I was appalled at what I heard. He said. “OSI’s Chinese managers did not use expired meat of their own accord. No Chinese would be brave enough to do that! They must have at least had a verbal OK from OSI USA.” He spoke so convincingly in English. I was shook. I needed to back off and think.

OK, so yes, Americans sometimes do scandalous things. It happens.

Chinese People Have Good and Bad Employees Just Like Us. They Dare to Scam More.

Chinese do not dare to use expired meat?    In 2008, China had a Milk Scandal where Chinese people were adding  a plastic (melamine) to the milk to fake the level of nitrogen when they diluted the milk with water. 100’s of thousands of infants were sickened and at least 6 died.  Expired meat is not necessarily unsafe where adding the plastic is definitively unsafe. Several people were executed and many imprisoned in the milk scandal.  Actually, the list of outrageous scandals Chinese people have dared in finance, construction, management, US IPO,etc…  would get long indeed. We know about this case as the New Zealand JV partners demanded it be public information.  Other such issues are covered up and we can never hear.

So why would this top Chinese leader of a US company working in the area of food chain trust say seemingly confidently that Chinese people do not dare? He was trying to convince me to give up my belief that OSI did not manage their Chinese hiring for this venture to ensure the talent was also trustworthy. Why would he do that? After that conversation I wonder if we should go to McDonald’s in China over 大娘饺子 (a Chinese fast food dumpling chain) because of feelings of safety at Western Food chains. With that guy in your food supply chain, you should be careful indeed.